A new approach to influencing the debate on Scottish independence? 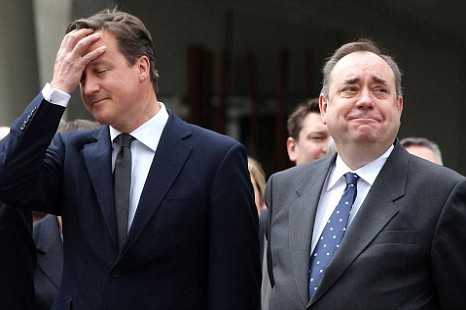 Watching British Prime Minister David Cameron speaking on the subject of Scottish independence this week, I was struck by what seemed to be a change of approach to the debate; a change that holds a greater probability of achieving an outcome that is good for the UK.

There was a complete absence of the threatening and emotional language that has formerly typified the debate. Gone were the any denouncements of the idea of independence, or forcefully-made points about Scotland being worse off alone. Instead there was openness to the idea that Scotland could be successful as an independent country, enthusiasm for having the debate itself, and acknowledgement that his voice was just one among many.

Some might interpret this as Cameron going soft and failing to stand up and fight his corner. How will he succeed if he won’t defend his position and attack that of his opponents? Of course the truth is that he could never succeed at bullying or arguing the Scottish nationalists into submission; such an approach would only generate more resistance and entrench opinions further.

Instead Cameron has taken an approach that acknowledges the nationalists’ views; he has acknowledged that they do have the right to decide; and he has acknowledged the limits of his influence. He has thus achieved two important things. First he has provided his ‘opponents’ with recognition and acceptance – exactly what many Scots feel that Scotland lacks in the UK. And second he has cleared the ground of negativity and fear, creating a setting in which his own views can be heard and create an impact.

And that is exactly what he was then able to do, expressing what is important to him about keeping the UK intact, demonstrating his personal strength of feeling on the subject, arguing why he believes the country is so much “better together, stronger together, more influential together”.  In expressing his own feelings after his acknowledgement of the position of the nationalists, they packed a far greater emotional punch than would otherwise have been the case.

Clearly this debate has several years to run and will continue to arouse strong reactions. Yet the more that individuals can manage their own natural defensiveness and truly acknowledge the views of others, the more likely we are to create a future that is bright for all the people of these islands.

This entry was posted in Uncategorized. Bookmark the permalink.